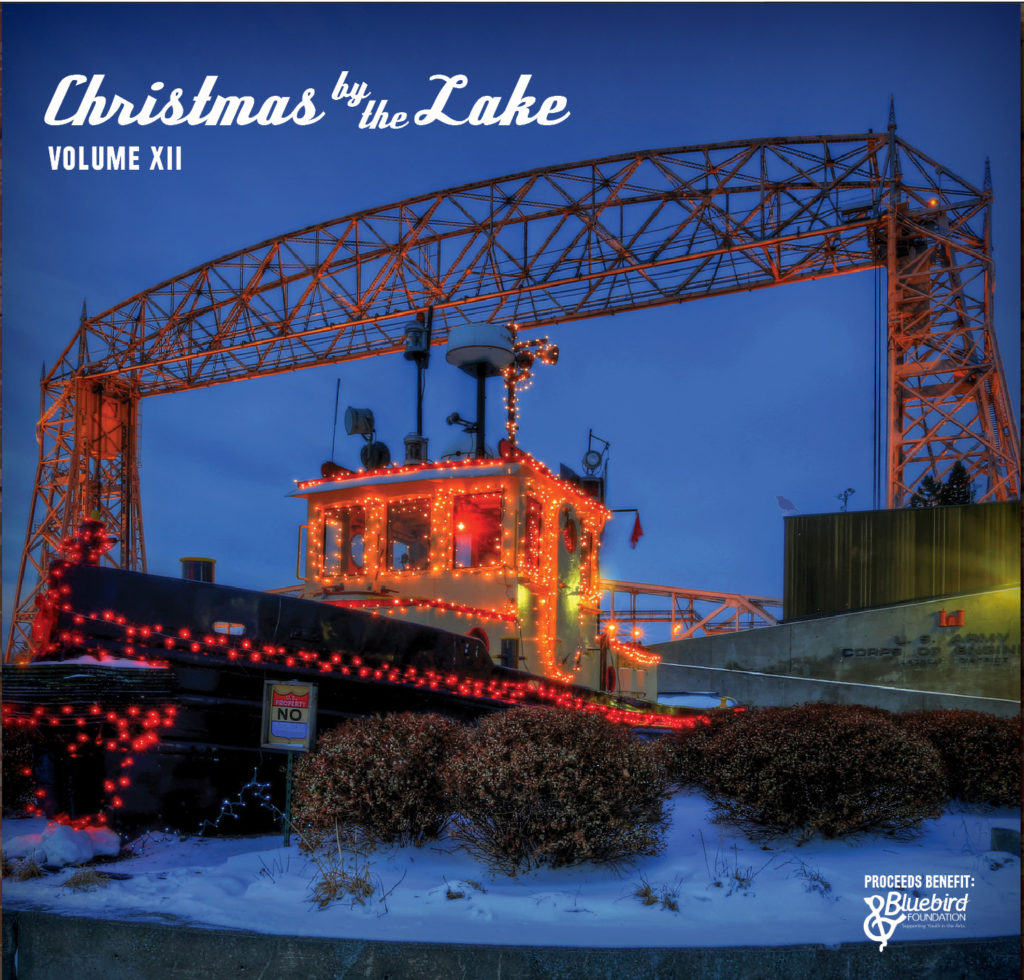 Nearly 300 Regional Musicians Share Talents on Annual
Christmas by the Lake CD for Youth in the Performing Arts.

Duluth, MN. The Bluebird Foundation announced today that Christmas by the Lake-Volume 12 has been completed and will be released on Thursday November 15th at a CD Release event at the Greysolon Plaza Ballroom in Duluth from 5pm to 9pm.

Throughout the Christmas season, the CD will be available at area Super One Foods customer service counters, Gary Milk House, Korner Store in Hermantown, Big Daddy’s Burgers, Schmitt Music in the Miller Hill Mall, Benna Ford Roush in Superior, Engwall Florist & Gifts in Hermantown as well as other locations to be announced soon.

“Christmas by the Lake,” started 13 years ago when regional promoter and businessman Tracy Lundeen wanted to create a showcase of area talent doing holiday music and to donate the proceeds to charities. Over the years the project has benefited the Boys and Girls Club, Northern Lights Foundation and is now the major fundraiser for the Lundeen family’s Bluebird Foundation, a 501 (c) (3) non-profit that was founded five years ago to support regional high school aged youth in the performing arts with grants and scholarships. To date, nearly $30,000 has been awarded.

“The real story is the participation by so many local and regional musicians, ranging from high school choirs to singer/songwriters and bands.  They all provide their own recordings and donate their time and talent” said Lundeen. The CD features many traditional holiday favorites as well as a number of exceptional original tunes written by the performers. School groups from Hermantown, Denfeld, East and Northwestern High School all contributed to the CD as well as regional favorite professional musicians Laura Velvet and the Bookhouse Boys, Lake City Smokin’ Section and many others! This year’s 2-CD set also features a remake of the legendary Merv Griffen song “Christmas City” arranged and performed by Laura Velvet and the Bookhouse Boys and the winner of the Bentleyville song contest Tim Jacobson performing “Turn On the Lights.” Dane Schmidt, Kim Olson and Will Caesar, three native Duluthians who have gone on to acclaim in the national recording industry, have also contributed music to this year’s CD.